While scrolling through my Quora Digest feed, I noticed this question:

As fiction writers, how do you get past the common feeling of “This is awful” when you start to write?

Marshall Karp provides a great answer with a hilarious story that frames the difference between having a pessimistic outlook on life or an optimistic one. 🙂

Well, I’m in the process of starting one of those first drafts. To help decrease the amount of manure, I created a simple outline using this structure for chapters and/or scenes:

Disastrous ending of the scene (that answers the scene question):

Scene Question (can be answered with a yes or no?):

When my husband asked me how many words I was shooting for, I wasn’t sure. I’m still not sure. I’d like to finish it within 30,000 words, but that’s just an estimate. For the most part, I think that the word count doesn’t matter (at this time) as long as I tell the story and tell it well.

Using the outline above, I was able to complete the first chapter within an hour. Needless to say, this doesn’t mean I won’t return to it for revisions. Nothing is written in stone. I’m just happy that I jumped that hurdle.

Karp provides a great quote toward the end of his answer, which I had to use here:

Writing the first chapter is something I struggle with because I want those first sentences, that first paragraph, that first page to be absolutely fabulous. So, sometimes I’m afraid to write anything at first. I don’t have a lot of time on my hands lately. My three sons, my husband, and my full-time job as a reading teacher keeps me extremely busy!

Since I want that first chapter to draw readers in and never let them go until they’ve completed reading the book, place it down, satisfied or at best, hungry for the next book.

I dare not say that I want the first chapter to be perfect because such a place doesn’t exist.

The first chapter is extremely important. Especially when it comes to high fantasy. High fantasy (or epic fantasy) is a subgenre of fantasy defined by its setting in a fictional universe or by the epic stature of its characters, themes, and plot. Whatever that means, right? Thanks Mr. Wikipedia.

Basically, high fantasy, is one of the hardest fiction subgenres to write. I mean, think about it! You’re creating your own world! The continents, the oceans, the seas, the cities, the roads, the people, their cultures, who they trade with, who they fight with, who they may or may not worship. Everything. Single. Blasted. Thing!

And the first chapter has the potential to introduce so many things:

When I originally wrote Prelude to Morning, I didn’t know that it would be a trilogy. I had some ideas that it could possibly be a series. Well, that was only if it didn’t remain a stand-alone novel. After my oldest brother, Serge Desir, fellow author and video game bad-ass and author E. Rose Sabin gave me some brutal and honest feedback on the book’s weaknesses, I realized I had a lot of work to do to make the book as wonderful as it should be. And for a  time, an agent was interested. Until, the world-building fell apart. 😦

So, I searched for help and re-rendered the map (thanks E. Paige Burks) :

This one I doodled over two days in a composition notebooks years ago. In 2013.

This one I began drawing on poster board. Still not done!

The timeline helped me to layout the history of the world of Reath (rhymes with death — an anagram for Earth). The timeline included:

All of these events shaped the world as it is now for the main characters.

So much depth. So much culture. So many languages. So many places. So overwhelming like our world, Earth. And how does one condense so much beauty into a single book.

Which put me at an impasse or is it a fork in the road?

One path would lead me to writing a book that would be heavy enough to murder someone with:

And a third path appeared to me.  . . I’d have to break the story into more than one book.

Bloodcraft Trilogy — (why the term bloodcraft ?–which I’m proud of coining — more on that in a future post).

However, I loved the idea of music being interwoven into this world and used different types of movement names in each of the three books that echoed and underscored the story’s themes.

*Book 1: Rhapsody of the Gods

A rhapsody in music is a one-movement work that is episodic yet integrated, free-flowing in structure, featuring a range of highly contrasted moods, colour and tonality. An air of spontaneous inspiration and a sense of improvisation make it freer in form than a set of variations.

Preludes are characterized by being short and sweet (relatively), with a melodic and/or rhythmic motif that is featured throughout the piece.   This motif will recur throughout the piece, sometimes differing slightly as the music progresses.  A prelude may be played on its own, or as a preface to another piece, usually more complex.

Nocturnes are generally lyrical and tranquil pieces. The nocturne is known for being expressive above all else. It follows no specific form, but evolves as the music progresses.

In the first several drafts of Prelude to Morning, I originally included a prologue in the beginning. After researching prologues and learning that they’re only necessary if the opening is out of time sequence with the remainder of the story. So, I decided to rename the prologue as chapter one.

However, in my paranormal urban fantasy, Forbidden, Book One of Gabriel Lennox Series, a prologue was necessary because it fit that description and helped to create a creepy ending, which I wrote as a near mirror image epilogue. Thus, coming full circle. 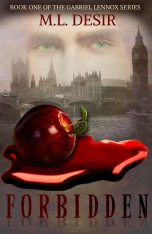 How do you go about setting the stage for your high fantasy novel?