The age-old quandary–is a well-written novel novel better than a great idea?

Idea or execution. Two directions many writers struggle with.

The realty is that each takes precedence at different points of a writer’s career. 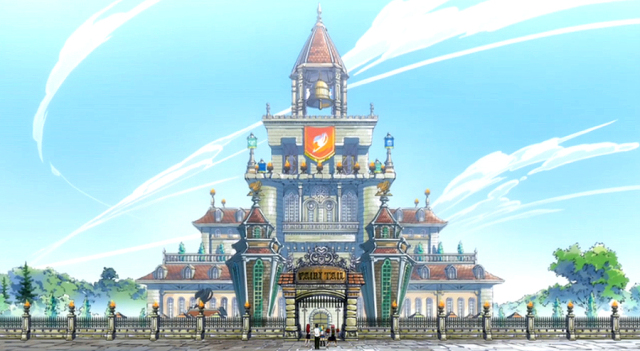 Many stories have a ‘faction’ part of their world.  It can be obvious with feuding guilds or opposing armies.  Other times, you can miss it because you’re only introduced to one of the groups and merely hear about the others.  You can even have factions turn up in a more modern setting in the form of cliques and other 21st century lingo.  So, what are some things to consider when creating factions?

The reggae icon would be embarrassed by his country’s attempts to rebrand a disastrous ideology.
A report by Keston Perry for The Nation.

Our thanks to Liz DeLoughrey for bringing this item to our attention.

The island nation of Jamaica holds a special, almost spiritual significance for many people of color, as well as for anyone concerned about advancing equality and justice in the world. It is the birthplace of the Rastafari movement, reggae, dancehall—and democratic socialism before it became popular in the United States. Bob Marley’s legacy epitomizes the struggle for transforming an economy and society using its natural resources, its culture and industrious people. Marley himself strived to overturn an unfair global economic system that oppressed black Jamaicans and people of color everywhere.

However, since Marley’s death almost four decades ago, Jamaica’s economy has not done much for working people. In Jamaica, one-fifth of the population

You may have watched or heard of the “reality TV show” What Not to Wear. Well, this post is about what not to write when it comes to female characters. Though I’m not a dude, I want to make sure I never fall into these male gaze problems, due to the patriarchal society that I live in. #WriterWednesday #WritingSmarter #That’sWhatHeSaid

If you enjoyed this post, why not stay in touch to receive more? Subscribers also receive a free ebook on the craft of writing, lists of publishers of short and long fantasy fiction, a list of book reviewers, and a bunch of short stories. All you need to do is complete the form below!

Today I’m delighted to introduce Savannah Cordova, a talented writer with Reedsy. Savannah has tackled a topic I follow both with interest and despair.

Some men still seem to have a problem writing women, and most of the time I think it’s inadvertent. Simply misguided. But that’s no excuse. A common issue that I see crop up is the objectifying descriptions of women. Bizarre similes for describing boobs, over-zealous descriptions of body shape. I’m sure if women wrote in detail about men’s cocks and bollocks there’d be something of a stir. And a complaint would…

You can find Magic For Liars on sale at Amazon or any fine independent retailer. I listened to the Audiobook and have to say that I love Xe Sands as a narrator.

You may have noticed from my work that I’m a sucker for magic. Magic for Liars by Sarah Gailey is a fantastic debut novel that is pouring with power and prophesy.

Non-Spoiler Description: When a teacher at a prestigious magic school is seemingly murdered, Private Investigator Ivy Gamble, non-magician, is called in to help investigate. She discovers a world of secrets, danger and lies, non-greater than her own. I would describe this novel as Harry Potter & The Magicians meets Cormoran Strike.

I love Ivy as a main character. She’s been stuck in the shadow of her sister, a magician, since the moment her sister’s magic was discovered and though she enjoys her work, she’s still dealing…

Thank you, Richie, for this fabulously informational post! I will use this to plan my fantasy WIP. 🙂

If you enjoy this kind of post, why not stay in touch by joining my writing community? Everyone who joins receives a free ebook on the craft of writing, lists of publishers of short and long fantasy fiction, and a list of 100 book reviewers. Just fill out the form below!

The point ought to be made at the outset that this post is by no means intended to discourage writers from writing their stories in a particular way. Rather, the purpose of this research is to give writers an insight into readers’ minds with the hope of helping them with their craft.

Tried and tested tropes are popular for a reason—they work. People like them. They make for enjoyable, engaging reads. And many of these tropes are synonymous with the fantasy genre, a genre that at the moment seems to be taking a step back and looking at itself…

Recently I’ve seen sad posts by a number of new writers who are having trouble marketing a self-published debut novel, or are discouraged by numerous rejections. Some are furious at the world for not loving their stuff.

In a lot of their work, I see the same problem. It’s usually right there in the title or on the cover (if the cover is homemade.)

The books are too cluttered. The authors are hoarding too many characters, themes and messages. It’s time for them to Marie Kondo their work.

For anybody who doesn’t pay attention to popular culture, Marie Kondo is a superstar organizing consultant and author with her own show on Netflix.

Her principles can be applied to writing as well as housekeeping. So if you’re having trouble finding a publisher or audience for your book, maybe it needs some of Marie Kondo’s advice.

When it comes to films, Hollywood seems to change characters based on the audience’s views. Some of their changes you may not have noticed and others completely stand out. Here are a list of characters Hollywood cast as a different race than the written character: In the book, The Hunger Games written by Suzanne Collins, the protagonist Katniss Everdeen was described by Collins as having “straight black hair, olive skin and grey eyes.” Many readers interpreted her as an African American,Hispanic, Native American, Indian, and even Greek… Everything other than Caucasian. In the movie, Katniss Everdeen played by Jennifer Lawrence, is a naturally blonde haired, blue eyed actress who has an ethnic background of English, German, Irish, Scottish, remote French. Interestingly enough, there was not a major outrage by readers. Many fans overlooked the fact in the book or interpreted…

Staying on task is hard. Really, it is.

There are countless distractions whether you are at work or at home. There are ringing phones, text messages, social media, news, co-workers or kids. It can feel like you never get any uninterrupted time. (I felt that way today as I wrote this blog. Numerous times the kids came in to chat.)

Often to feel like I am getting stuff crossed off my to do list (whether it be writing, PTA or home tasks), I try working on several things at once (usually 10 minutes of this, 10 minutes of that). And while it might feel like you are being productive since you are multi-tasking, it often is a false sense of accomplishment. You are busy with multiple tasks, but you are not completing any of them. (So true.)

Here are some tips to help you avoid distractions and stay on task:

This is need-to-know information for writers. Take care out there. Thank you, K. Morris for sharing this! 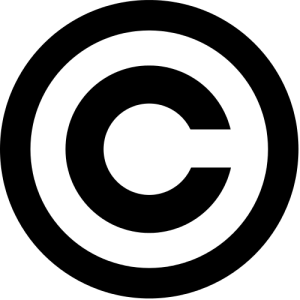 From time to time, I Google my books to ascertain whether any of them have received a mention, for example in the form of a book review. Whilst searching for one of my titles yesterday (Wednesday 10th July), I came across a link to the book on Kiss Library.

All of my books (with the exception of Guide Dogs Anthology), are available from Amazon and (in the case of “My Old Clock I Wind“, and “Lost in the Labyrinth of My Mind“, also from Moyhill Publishing. I have never authorised Kiss Library to sell any of my books.

I was, obviously concerned to discover that Kiss Library is offering one of my works for sale without my permission. Firstly (as already stated) I never granted that organisation permission to sell any of my titles, and, secondly any funds from such sales will not be going into…