Typically, rejection doesn’t hold a positive connotation. And why would it?

When I was much younger writer, I often didn’t bother submitting my work because I didn’t think it would be accepted. Plenty of times while writing a query letter or a cover letter, the part that always froze me up was when I had to list previous publishing credentials. I was a teenager and feared that the writing contest I won as a seven-year-old would be laughed at or the poems and short stories I had published in the school newspaper were worthless. I didn’t know that not including any accolades was . . . okay.

This defeatist way of thinking ultimately trapped me in a fixed mindset.

I didn’t allow myself to be comforted with the fact that “sometimes, you’ve got to start from nowhere to get to somewhere” and “hey, you may not be there. Yet. You will get there if you don’t give up.” 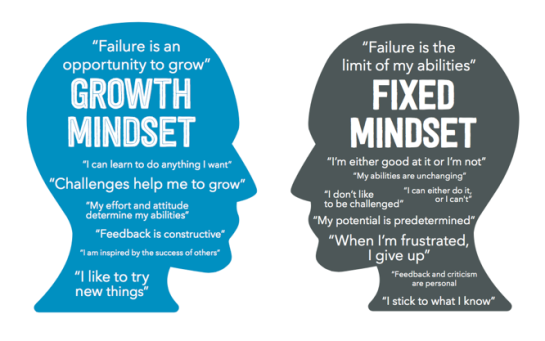 Growth Mindset vs Fixed Mindset — Your mindset can vary from interest to interest and from day to day. Simply being aware of your mindset is half the battle.

Also, I was unaware of problematic issues within the publishing world. For example, I didn’t know how systematically racist the publishing industry can be — especially when it comes to the Science Fiction and Fantasy genre. I feared rejection and ironically was surrendering to this practice by rejecting myself.

Self-rejection not only affected me, but it didn’t give others the opportunity to even take a chance on my work.

Thankfully, I know better and I choose to do better. For instance, I learned that magazines like Fireside aren’t only noticing that Black writers are vastly underrepresented in Science Fiction and Fantasy, but have actively taken a role in shedding light on this issue. The birth of FIYAH Literary Magazine was an answer to this problem and its staff didn’t need statistics to prove and add more weight to what most people of color already know: the stakes are often against us and these writers and editors bravely proclaim” . . . the future of genre is now. And the future ain’t going to write itself.” They too launched a survey and a report on Black Science Fiction and Fantasy writers. I look forward to learning more about these findings.

This year, I’m going to continue this new outlook focused on a Growth Mindset and my goal is to obtain at least 50 rejections (collectively) from agents, editors, and/or magazines by the end of the year.

Why? Well, the more I submit, the more likely I’ll be successful. 🙂 Likewise, one good sale is better than none!

And who knows, maybe I can play Rejection Bingo (originally found here — thank you,  Chris!) while listening to one of my favorite songs, Prince’s (may he rest in peace) “Let’s Go Crazy!”

2 thoughts on “Goal: At Least 50 REJECTIONS a YEAR? No Problem, Let’s Go Crazy!”