Getting Down To Business. Yup. That's the ticket, dearies! https://www.youtube.com/watch?v=7_YGxT6Gqc0 Growing up during the 80s, I loved watching animated series like Jem and the Holograms, Robotech, Voltron, and The City of Gold. The above video clip is from Jem and it melodically introduces what I need to do. After returning to work full-time, (middle school … END_OF_DOCUMENT_TOKEN_TO_BE_REPLACED

Thank you for sharing your perspective. I think it’ll strenghten my writing. 🙂

I’ve seen the northern lights stream across the sky like a special effect, but I’ve never seen an unidentified flying object. I’ve awoken to a shadow standing beside my bed post, but I can’t claim to have seen a ghost. I’ve hiked through many a forest until my legs went caput, but I’ve never laid eyes on big foot.

I’ve met people who’ve claimed to have performed exorcisms, to have had near death experiences, and to have spoken to spirits. I want to believe everything they say, because it makes the world seem magical, but there’s something I’ve learned over the years: people say a lot of things.

I’m a skeptic. I don’t bend over back to avoid stepping on a crack. I don’t turn green at the sight of the number thirteen, and I don’t knock on wood when I want something to turn out good. I see horoscopes…

Sometimes, just sometimes, it can be a little frustrating, this whole writing malarkey. And quite frequently, you might find yourself (however unreasonably) not wanting to talk about it. At all. Especially just after the times where you’ve erupted into a ball of angry frustration tears at the latest bout of writer’s block, and swear you’re never going to write another decent sentence in your lifetime.

What a clever and interesting way of interacting with characters. I may try this with my students and have some fun trying this activity too. 🙂

For the next installment of this series, I wanted to focus on a few characters out of Shakespeare with whom I would like to spend a couple of hours eating, drinking, and talking. I have loved Shakespeare’s plays and poetry for much of my life. I have acted in and directed some of his work, and I have studied and taught his writing, so I would be thrilled to be able to speak to some of his characters.

I would have Hamlet, Henry V, and Macbeth as my guests. I imagine we would meet in an English tavern and have a basic meal and beer.  I hope that my royal attendees would not mind not having a grand meal; I am reasonably sure that Henry V and Hamlet spent a fair amount of time in such modest places before their respective plays begin, and as a Scot and…

🙂 Growing up hasn’t made me feel any less as an outsider at times. Such is life, eh?

The death of a 7 year-old boy from Detroit, who is believed to have hanged himself in mid-May, 2012, because he faced bullying at school and the separation of his parents, should have been a wake-up call to all families and communities.

This tragedy should have prompted people of Afrikan descent to dispel the myths about the need for counseling and mental health when a child is troubled and of course, the need for more of us to pursue careers in the field of mental health. 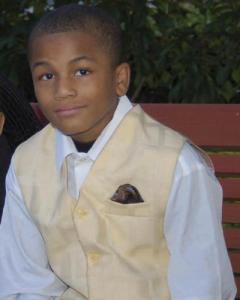 Last year, in September, family and friends of Lamar Hawkins III gathered to honor the life of the 14 year-old who committed suicide in his school’s bathroom after suffering bullying for months, from boys AND girls.

The family had recently moved to Sanford, Florida from New York to raise their children in a safer environment…

1. You can get published

For a writer, there is a clean path to success. Get your book published or get an agent and (hopefully) someone else is doing the work for you. If your work is well received, you’ve made it. An artist has to facilitate every sale they make. Sure you can make prints but make too many and they become worthless; whereas the more books they print, the better off you are. And as an artist I find that it’s often hard to know what overall you’re working towards as there is no real indication of long term success. There is no Nobel Prize for Art!

2. Everybody has a computer

The amount of tools a traditional artist needs is vast and expensive. A modern writer needs a computer, something that not only has multiple applications but has pretty much become a household item. Art supplies…

A review of Django Unchained by Dr. Joseph Suglia

Tarantino’s latest abomination is Django Unchained (2012), a film about a murderer-for-hire named Dr. King Schultz (Christopher Waltz) who enlists an African slave named Django (Jamie Foxx) to assist him in his mass-murdering spree. …

So, you’re hosting an author event or a book signing and may be stressing out (I am) on what to do to make your event: Interactive Exciting, and Memorable Thankfully, I’m blessed with a wonderful teenage son and a supportive fiancé who both give me advice and not only do I listen, but often follow … END_OF_DOCUMENT_TOKEN_TO_BE_REPLACED

I know, I know. It’s been a long time since I’ve done one of these ‘Things I’m So Damn Tired Of’ posts. And you guys have been so lonely without them. So very, very lonely.

Today’s liberal dose of hatred and despair is leveled at four fantasy heroine types who, especially in YA fiction, have become alarmingly prevalent. Now, mind you, there are good ways to do everything, and even these four maidens of mystery can be done well. But what I describe here is not the right way to do them. It’s the right way to make my fillings ache.