All. Of. This! Covid-19 has been a great revealer of how unfairly a lot of people are treated at their jobs. My reflections on my role as an educator brought me to this blog post on my search for answers. Mrs. Ripp, thank you for penning so eloquently what a lot of us think and need to say! 🙂

For a while, I have been noticing a trend in my Twitter feed, or rather what Twitter wants me to see.  If I ever cross into “Moments” or “Search” it seems that the same white males keep popping up with Twitter telling me that if I follow education then I surely must be interested in their statements.  At times, it is right, many who are no longer in the classroom have fascinating ideas to share, research to ponder, and resources to go through.  And yet, there are times, and seemingly more so recently, that who I am supposed to be learning from in education keeps being the same white, male, non-classroom teachers that keep telling me, this classroom teacher, what I need to do to be the perfect teacher.

I have quietly rolled my eyes.  Seethed a little.  Showed friends how funny it is that it seems to be the…

In several states, the Governor and Legislature have denounced “critical race theory” and even (in Idaho and some other states) banned it from their schools. The controversy over teaching about race gained ground when former President Trump condemned CRT as divisive and launched his own quickie commission to teach “patriotic” education. The object seems to be to minimize or eliminate teaching about racism, past or present.

Retired teacher Nancy Flanagan dissected the controversy here, in one of the best-informed analyses.

It seems that the white adults want children to think of their country as one without faults, flaws, blemishes, or systematic oppression. To see our history whole, the good and the bad, they think, will undermine love of country.

The National Education Policy Center published a useful overview of the controversy and concluded that teaching history must be based on evidence, not ideology.

As writers, we’ve all struggled with people, thoughts, and objects constantly distracting us while writing. In my case, it’s an energetic 5-year-old who loves interrupting me to show me stuff like the dragon egg she painted as soon as I sit down to write.However, there are plenty of other interruptions in our lives.

Thankfully, there are as many ways through which you can reduce and even eliminate these distractions to make an environment for yourself to maintain a steady focus on the writing task at hand. Here are ten effective ways to ward off any distractions while you write.

Screens are distracting. And so are the constant pings from our phones that we’re habituated to respond to. Blocking out any distractions such as your phone or Chrome’s notifications sounds is important whether you’re typing on your laptop or writing on paper. If youturn off Chrome notifications

I remember reading, as a kid, a children’s storybook called ‘Amelia Bedelia’, in which Amelia got a job as a housekeeper without having any knowledge of how to keep house. It was memorable because of the humour involved in her being told to dust the living room, but having no idea how. She proceeded to cover every surface in the living room with the dusting powder she found  in the bathroom. Obviously, the result was the exact opposite of what her employer had intended.

I still remember the experience of understanding for the first time that there are words that have opposite or contradictory meanings despite being exactly the same words. What a revelation! Words had just become automatically more interesting and exciting.

Dust is one of a small and interesting collection of words called contronyms.
A contronym is more than just a…

For me, there will be no celebrating. I simply feel a sense of . . . relief. The past several months have been exhausting, traumatizing, and just plain old crappy! Now, comes the sentencing . . . and please dear God, let it be a weighty and lengthy one. Look at that face. "Guilty?" it … END_OF_DOCUMENT_TOKEN_TO_BE_REPLACED

Sheree Renée Thomaswill be a guest lecturer at this summer’s Odyssey Writing Workshop.Sheree is an award-winning editor and the author of three collections,Nine Bar Blues: Stories from an Ancient Future(Third Man Books, May 2020),Sleeping Under the Tree of Life(Aqueduct Press, 2016) andShotgun Lullabies: Stories & Poems(Aqueduct Press, 2011). She is the editor ofthe groundbreaking anthologies,Dark Matter: A Century of Speculative Fiction from the African Diaspora(2000) andDark Matter: Reading the Bones(2004), which earned the 2001 and 2005 World Fantasy Awards for Year’s Best Anthology, making her the first Black author to win the award since its inception in 1975. Sheree is the editor ofThe Magazine of Fantasy & Science Fiction, founded in 1949. She also edited for Random House and for magazines likeApex,Strange Horizons,and is the Associate Editor of the historic literary journal,Obsidian: Literature &…

A report by Christopher Johnson for CNN

A region in the north of France roughly twice the size of San Francisco is the birthplace of a revered sparkling wine synonymous with wealth, luxury and exclusivity.

Champagne — the name of the region and the drink — sells around 300 million bottles a year, with the industry being worth over $5 billion. And no bottle of sparkling wine produced outside of this unique region is allowed to be labeled or called Champagne.

But one woman is bringing a taste of the French Caribbean to this world of elites.

Marie-Ines Romelle, 42 years old, with her labelMarie Césaireis infusing it with the culture of her native Guadalupe as the first Black woman to join the exclusive world of Champagne producers.

The special ingredient in Marie Césaire’s champagne is sugar cane, a crop commonly found in the Caribbean.

This is a guest post by Jayce, the managing director of Seller Interactive, an Amazon marketing agency that offers Amazon SEO services to brands built on Amazon. With content marketing skills that have taken him to top brands such as GoDaddy and Toyota, he has cemented his knowledge and expertise in helping brands reach new heights.

If you’ve ever experienced writer’s block, you know that it’s no laughing matter. It affects your work as a professional writer and impedes your writing for days — or worse, weeks. Instead of getting the work done, you sit and stare at your laptop all day.

You worry about how you’re going to transform the thoughts in your head into words, or you don’t know what to write about. As much as you want to ignore the problem and hope it goes away, you know…

Thank you, Ann Rose, for your feedback on the first page of my YA fantasy novel, Monster Rehab! Thank you, Kathy Temean, for hosting these resourceful posts! 🙂 Yay! 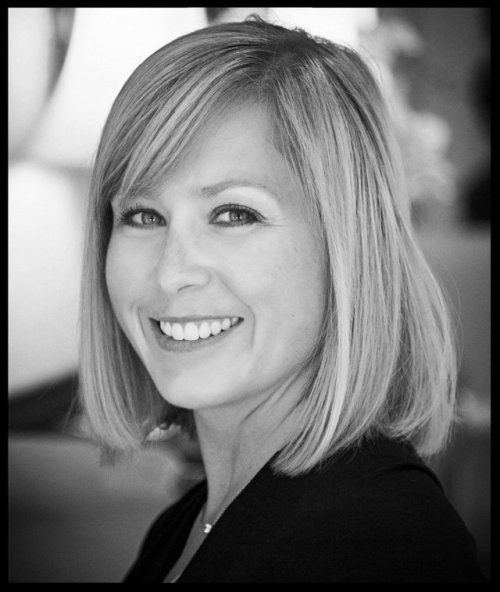 I am a California native who now resides in Texas after a stint in Florida. Each place has its pros and cons, but I can say that I left my heart in San Diego and dream of going back one day (although that will probably never happen). My degree is in Communication from San Diego State University, and my resume holds a gamut of jobs from Life Guard to Business Systems Analyst/Portfolio Manager, but books have always been my passion. I’m excited to finally merge my love of literature with my past professional experiences as a literary agent with Prospect. It is my honor to help authors build successful, sustainable careers.

I fell in love with young adult books when my niece asked me to read with her and I remain devoted to YA of all genres. I am looking for characters who aren’t afraid…